There’s a lot of single parents about nowadays. I just don’t seem to know many! I mean, if the media was to be believed us single mums are out there pushing out those babies like some kind of chain-smoking, dole-claiming, penis-riding takeover of respectable middle-England. To be fair the few single parents I know are so normal you wouldn’t be able to tell 😉. I joke because the judgement can still be there from people (and joking about people’s ignorance is generally more preferable to twatting them, I always find). I mean, I remember one colleague – who mistakenly assumed I was single when pregnant – actually asked me if I had a house to live in for when the baby arrived?! If there was an emoji that perfectly represented ‘WTAF’ I would shove that here as that is pretty much where my real-life face was at.

So, I think it’s fair to say that I am probably not alone in thinking that single parents are still frequently misrepresented, misjudged and misunderstood. I also sometimes think that people don’t quite know what to do with us because we don’t sort of fit into the whole 2.4 thing. 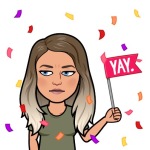 What do I mean by that?

Well…the thing is, I suppose, the two words: ‘single’ and ‘parent’ sound a bit like they are in conflict. Being single is often seen as freedom, flightiness, and fun. And, to be a parent…well, that’s kinda the opposite to those things (I mean, we would have fun if we weren’t so god-damn tired, you know?!). The nuts and bolts is that I’ve often found my single parenthood status does not always fit with my few single (no dependents) friends and my single status does not always fit with my other friends (who are mostly married/co-habiting with dependents).

When I moved to Kent I was 9 months pregnant – and still in a relationship with my daughter’s father at that point – and I was pretty up against it from the get go as there was no neat little NCT group of friends to rely on and the after effects of birth (another story) meant that I could not walk far until an operation some months later which put paid to parent/toddler groups (to be fair I think I attended one and the stress of being in a room with strangers made me get a stress sweat, which turned into a full scale sweat tsunami when I tried to ask a fellow mum something innocuous about her baby and was told: “what’s it to you?”; God I couldn’t wait to waddle out that room!). So yeah, it took a long time for me to make friends in a new area and in all honesty I think only two of them – even now – are fellow single mums.

Don’t get me wrong I love the friends I have but what I noticed over time was that I was starting to fit the role of the ‘play date mum friend’ with lots of my lovely married/co-habiting friends.  Over social media I would see my friends’ stories of nights out in mixed groups with descriptions like #fabcouple #fabcompany etc. and I realised that it was all couples socialising together be it at a dinner party or a night out. It was quite a lonely feeling knowing I was not part of this based on my profile (I mean it could just be I have a shit personality and they were actually thinking they’d rather punch themselves in the face than spend Saturday night with me, who knows?!). I think that deep-down though I know that if I had a partner, I would most likely be invited to social gatherings in the evening. And likely I would invite couple friends over too.

I guess you could say that I started to feel a bit Pidgeon-holed after a while and a bit frustrated with it: saying no to nights out with single friends ‘cos of lack of childcare and wishing you could say yes to nights out with your coupled-up friends ‘cept you weren’t invited. It really is a strange old bag, just one of several oddities about being a single parent in a world that doesn’t really accommodate for it. The cinema is another example; like, I think I have seen one adult film (I don’t mean x rated!) at the cinema in a decade as I just can’t warrant paying for a babysitter should I fancy joining friends to watch a film. So, yes, at times I would say that single parenthood can feel a bit lonely at the end of the day.

I can honestly say I’ve never really defined myself by my single parent status – not even really spent much time considering it tbh but as part of my recent toe-dip into self-care/self-discovery (you can so tell I have just turned 41) I’m starting to acknowledge, appreciate and address certain things that make up me and reflect on what can act as an obstacle to certain things. And I guess single parenting is one of those things. I mean it is an obstacle (albeit something you may not even be conscious of a lot of the time). And just because I acknowledge that single parenting can be lonely at times it doesn’t mean I have to put pressure on myself to necessarily address it (I mean what would I do about it, put an ad up somewhere?!).

I was lucky enough to fall into a circle of girls whose partners worked evenings and it’s been fab having a group of mates I can enjoy evenings with laughing raucously over dinner and wine whilst the kids eat burnt pizza. What I have also found really helpful is linking up with other parent bloggers, especially single parents, on social media. There is just something about other people ‘getting’ that part of your identity (both the good and the bad bits because there are a lot of good bits to being a single parent, believe it or not). I also think that social media is fab for driving change and I recently started following an account on Instagram called Frolo which is an app for linking up with other single parents in your area. How bloody fabulous is that!!! I may even try it if I can convince my quasi peri-menopausal top lip to not sweat it at the thought of friend dating, ha!

So onwards and upwards my single parent friends: cheers to the nights indoors on your tod, ‘cos, trust, once those babies leave home we seriously going out out!!

ISOLATION
😷 C0ViD 😷
So turns out the kid is C0V|D Positive.
There will always be that one person in a group who didn’t get the bloody memo 🙄🙈😝
It’s coming home….🦁🦁🦁
4 years ago today we were doing a long drive somewhere and the child was given free reign on Snapchat to prevent the inevitable ‘I’m bored Mummy’ or ‘I’m hungry’.
Loading Comments...
%d bloggers like this: