I bloody love autumn. It’s the ‘twist and turn’ season where everything falls, turns the most triumphant shades of orange and gold and then gets whipped up by blustery winds in a grand finale before the silence of winter descends. I never used to like autumn as it’s the prelude to winter (of which I am not a fan), but since being a mum I’ve let myself love it, not least because it’s the build up to Christmas which has obviously also taken on a whole new meaning since becoming a parent!

So over the years we have kicked up crunchy leaves, jumped in muddy puddles, collected conkers and made a whole host of cherished craft from our autumn nature haul. And when it’s too cold outside we swop socialising for #hygge (or plain old hibernating if you’re not being an Insta wxxker). There’s nothing quite like snuggling down with the candles on watching Strictly; I mean, it’s the visual countdown to Christmas, surely?!

But, first things first, there’s Halloween to navigate: to be the ‘trick or treater’ or to be the ‘trick or treatee’?! Then, there’s the costumes, the decorations, the pumpkins to pick and the carving bit. I have been known to surpass myself in twatdom when approaching Halloween (the year I decided to roast the bloody seeds from the pumpkin was one; I mean, no-one’s got time in the real world for that type of madness). In honesty, I’ve made lots of choices in my time due to working mum guilt and I think the way I lavishly approach festivities is one of them as nothing compliments anxiety quite as much as piling a shed load of pressure on yourself.

On the plus side though, I now have a stash of Halloween themed toot that I can pull out at a moment’s notice and I can fake my way through putting on a ghoulish spread thanks to practice and a load of cheeky shortcuts courtesy of YouTube. Annnd, let’s face it, you’ve only got to fork out once for the candy thermometer (for that ‘genius’ time I decided to make blue candy for the homemade Frozen-themed cake when the child turned 5. Idiot). Thinking about it, I may have to blog about party prep in the future ‘cos I swear I considered hiring out my seasonal/theme bags of decorations as some kind of side-line business I had that bloody much of it.

Check out the photo collage below for a small sample of the madness (if for nothing else than to laugh at my daughter’s little proud hand showcasing the trio of mini pumpkins). To be honest, I don’t know what happened to the paper flowers we made in their absolute BUCKET LOAD – I daresay I binned them out of trauma after losing too many hours of my life accordion folding bits of tissue paper (that said, they did look bloody marvellous and if you’re still at the self-flagellation stage of parenting and want these in your life there’s some fab tutorials on this on YouTube; I would put a little link here if this wasn’t my first blog post and I had some clue what I was actually doing).

To be fair, I think the party I threw in this collage was the time I decided I’d rather punch myself in the face than spend another year dripping green food colouring into popcorn and dying home-made dip a blood-red colour. I think sometimes part of it for me is being a single parent as there is literally no other sane adult present in my home to ‘check me’ when my child passes me a knife and says “Mummy, please make the hot dogs look like dead fingers” and I go: “Of course, light of my life. For you? Anything. Now stand back while I turn your entitled little dream into reality!”.

Fast forward three years and we haven’t even made it pumpkin picking this autumn. It seems there’s a continuum at play here as last year we never even carved the pumpkins we actually picked. To be fair I got away with that god-awful task by cleverly suggesting we do the ‘trendy thing’ and spray them, YAY!!! That hooked the child in and I actually really liked the result so everybody was a winner that chicken dinner. 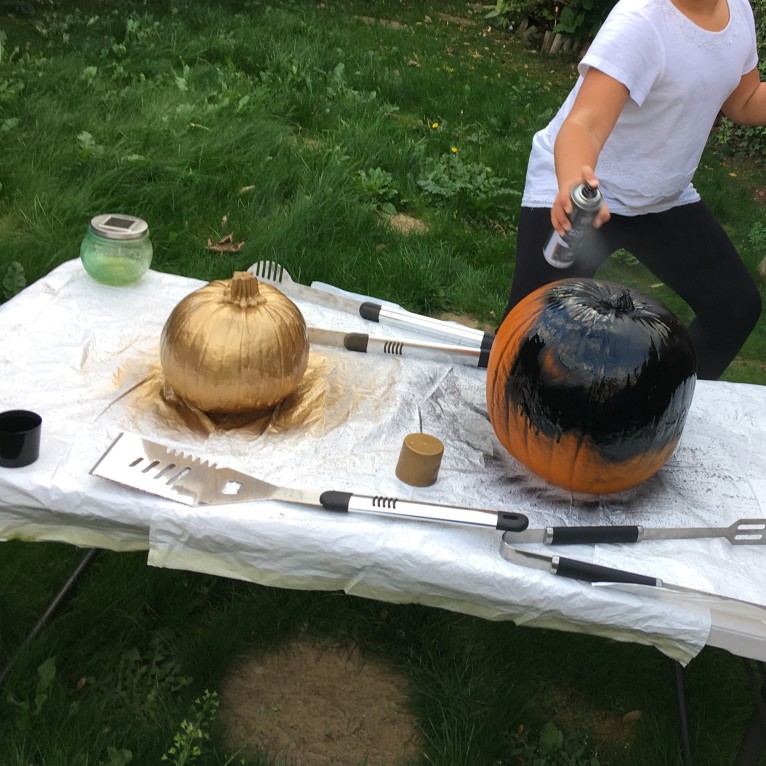 This year, we are ‘low-keying’ it even more with a shop-bought home-delivered pumpkin and a pile of flashing toot from the bottom of the Halloween supply bag. We may, or may not, make it trick or treating and if we don’t we’ll most likely turn the lights off in solid British tradition and eat the stash of sweets whilst hiding behind the sofa! That’s a joke, we would never actually do that…..(if I knew how to insert one of those little GIFs to show you I may, or may not, be joking, it would certainly go here).

So, there’s my thoughts on the delight that is autumn. And whatever you are doing this Halloween: enjoy! Whether that’s maniacally approaching it in pure micro-managed style whilst riding high on your own adrenaline, or doing it on the down-low ‘cos you’re knackered and just generally can’t be arsed. Oh, and if your child is currently acting out on the Halloween sugar rush, feel free to show them the picture below and tell them that this little delight will be making it’s sweet way to them on Christmas day if they don’t zip it. It worked for me when we bumped into this on a day out to Hever Castle! 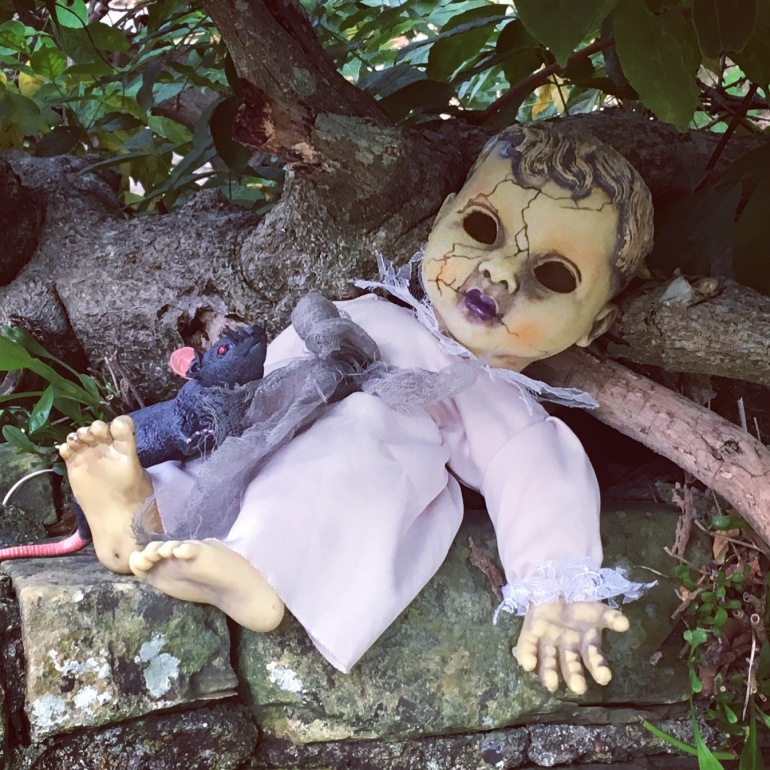