This blog was a by-product of my Instagram account (@thesoundofmotherhood) and was originally set up under the name of ‘Doorstep Discovery’ to document my discovery of what is on my doorstep (see what I did there, lol). Eventually, it organically morphed into a parenting blog, but the objective of my social media presence remains the same: to do something for me. At the time, getting out and about was my aim as it was good for my well-being. Now, just writing (irrespective of the subject) gives me the same release. That said, stumbling along some photos of some of our past adventures was a delightful reminder of some of what Kent has to offer and back in 2018 – during our ‘staycation’ – we packed in a fair bit. Unfortunately, we didn’t maximise what was on our doorstep last Summer as we were moving house (and this year there’s Covid; need I say more?!) so I’ve decided to take a trip down memory lane and share some of our lovely little finds during past days out in Kent. Who knows, when lock down fully eases (and public loos re-open for those of us whose bladder took a battering during pregnancy and hasn’t been the same since!), we may venture out to some of these again…

It all started with a card. A little square of plastic with the words English Heritage on it. Yup. Me. A fully fledged responsible adult doing educational and informative activities with the offspring. Oof, I felt mature! Even a little old. Perhaps. But it saved me a tonne, so I swallowed it. It also allowed us entry (with a teeny tiny fee since we were members) to access a Tudor Day event at Dover Castle. This was a really well thought out day in which actors helped bring the fortress to life. Moo is a ‘tweenager’ so she was less ‘into’ the host of activities put on for younger children, but she did enjoy talking to the actors and had a good giggle watching a re-enactment put on by them. This was one of those days that could be enjoyed by all ages really and a quick google search can tell you when one of the frequent events are on (albeit, Covid). 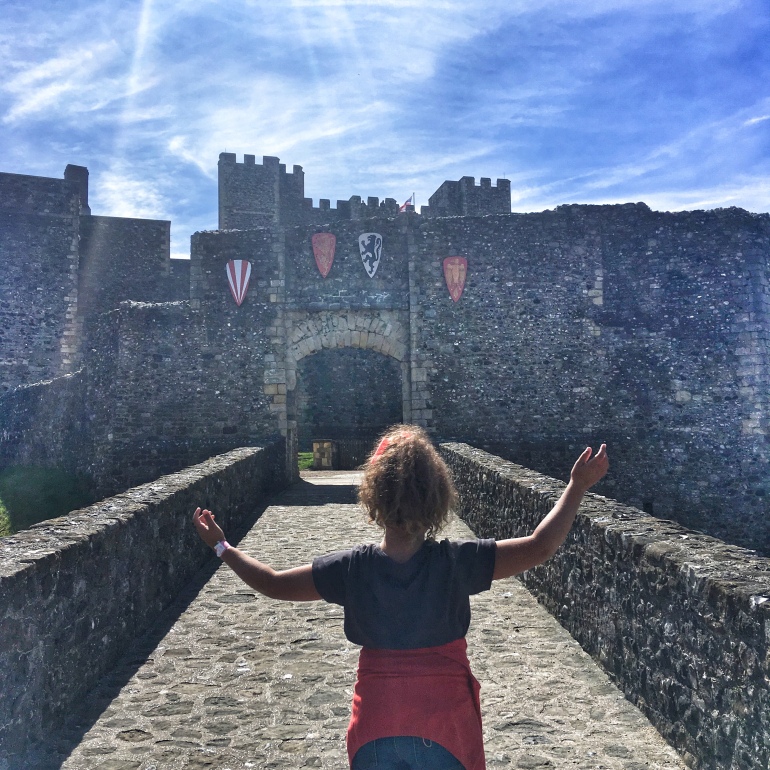 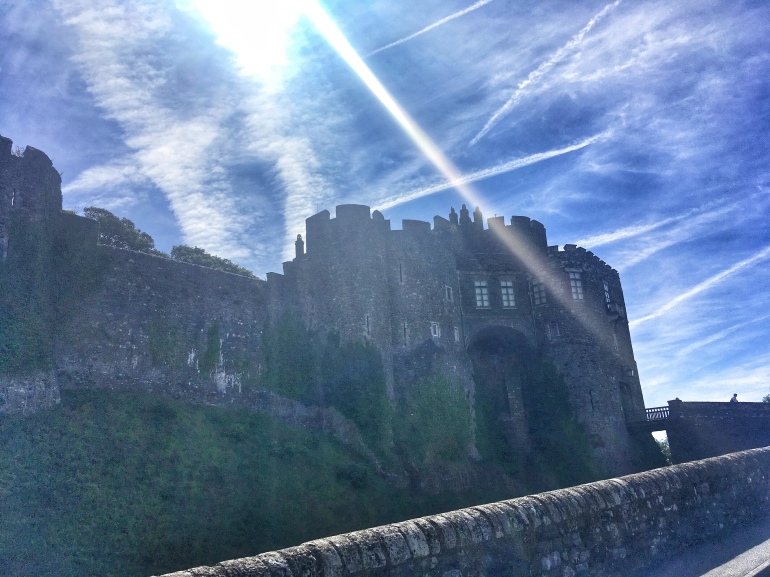 Also in the Dover area is Samphire Hoe which had been recommended to us. I was fascinated to visit here as I knew it was an environmental area created through the construction of the Channel Tunnel at the foot of the White Cliffs. Initially, I was a bit underwhelmed as the White Cliffs were not ‘white white’ but I quickly got over myself and subsequently felt quite in awe of this statuesque coast line.

We took the straight walk (East, possibly?) along the man-made sea barrier to the pebble beach although next time we will check out the rock pools for crabbing. Moo had just discovered a keen interest in the environment so she set to picking up random pieces of litter which obviously ended up in my handbag (standard), but overall the area was really clean. It was also really quiet and we definitely got the feeling we had discovered somewhere slightly off track. All in all, it is a beautiful, rugged area and I was trigger happy snapping lots of photos whilst the child loved picking up chalk and writing messages to be seen by those who came after us. 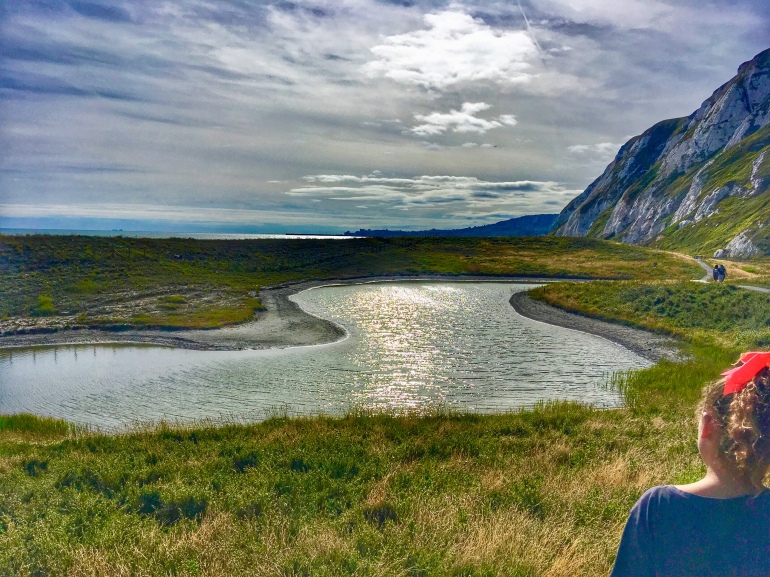 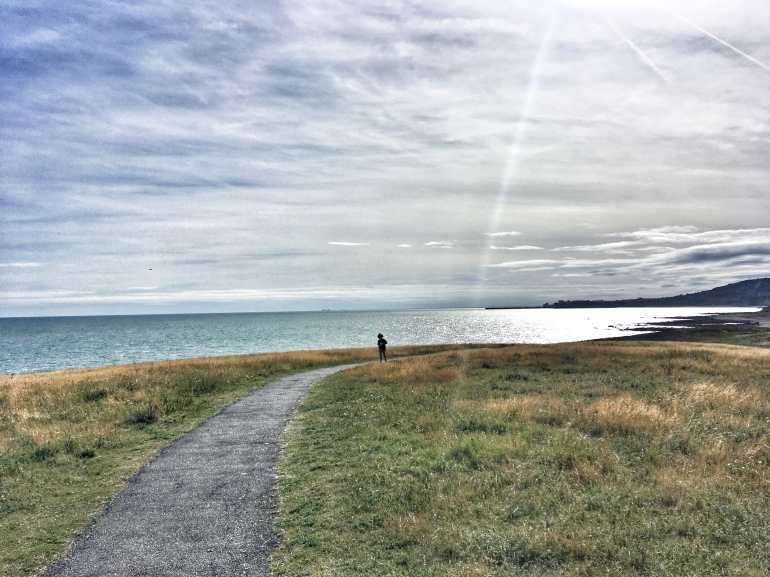 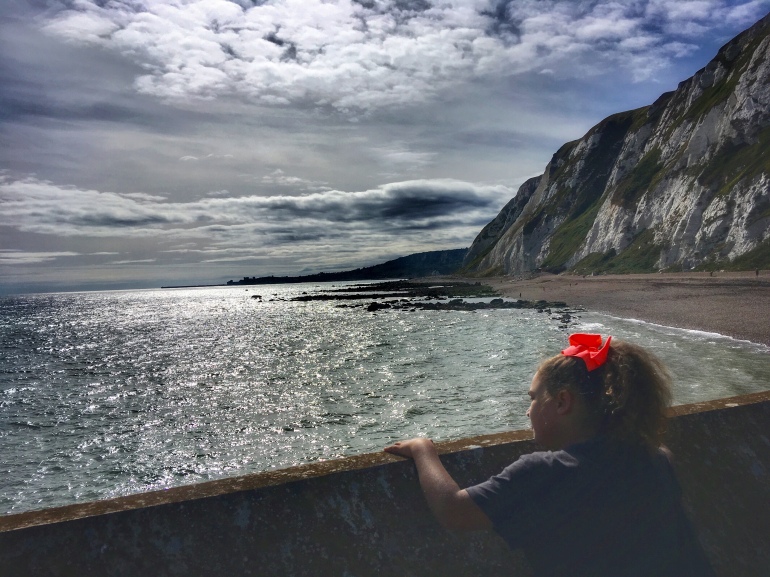 I have never been ‘beachy’; not really. Not unless I’m on the continent and I can take a dip in the warm bath that is the Med. Even then, I’m happier round a pool because of, well, sand. And people playing ball games. Right by my head (always). The unappealing thought of cold British waters then is such that despite living in Kent for ten years now I’ve sorely neglected getting to know the Kent coast line. However, the #kentinental soaring temperatures of 2018 changed that and so there I found myself, one glorious summer’s day, at St Margaret’s Bay. And what an absolutely beautiful find that was.

The beach is located at the foot of cliffs making for a steep descent by car with a car park at the end. It is a pebble beach, only a stone’s throw away from France (so much so your phone will likely switch to a French network). The little beach has a cove-like feel to it and the horizon is only interrupted by the odd ferry that will suddenly appear round the edge of a cliff on its journey from nearby Dover. 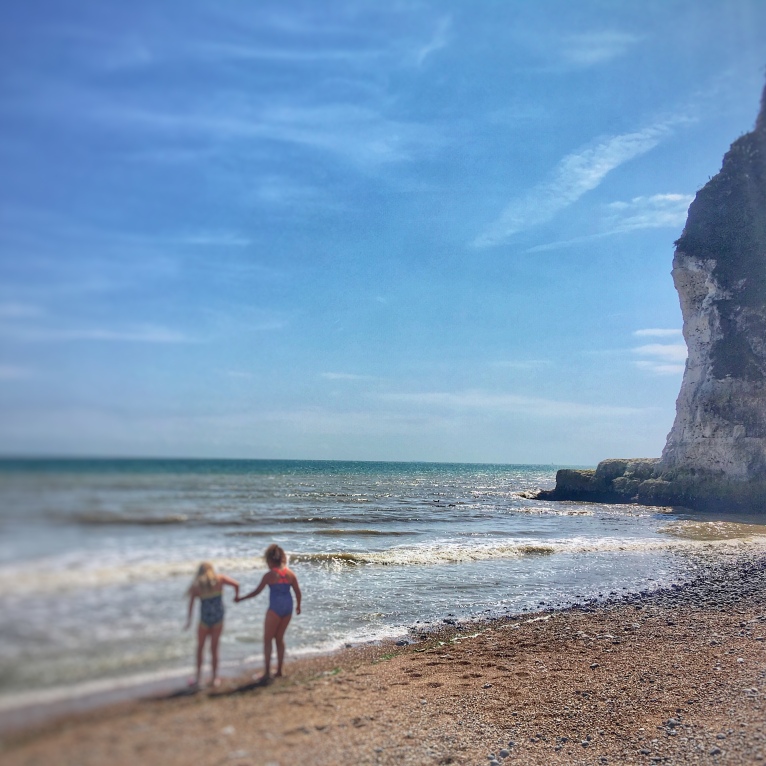 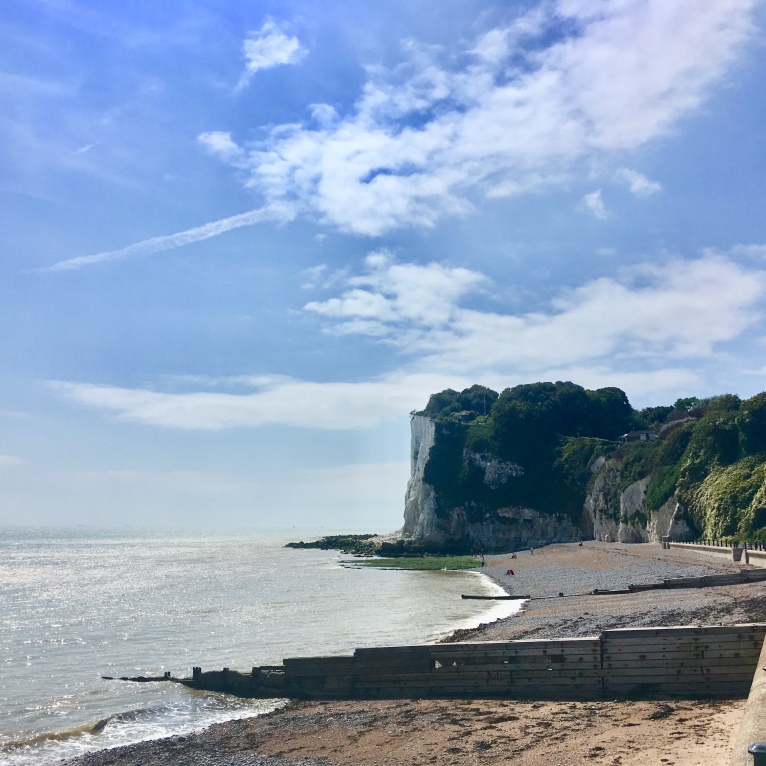 We had intended to go crabbing but this was ruled out due to tides so Moo and her friend went swimming instead. The beach was blissfully quiet leaving the children feeling like they had the beach to themselves. The day was rounded off by some eats and drinks at a nice pub overlooking the beach and the highlight for the kids was the waves crashing on to the area near the car park. It was one of those warm fuzzy moments watching all the children convene on the area and dodge the big waves. Hearing children squeal in delight knowing it wasn’t costing a penny felt like sweet music to my ears! 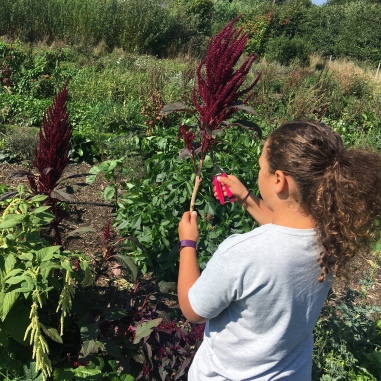 Another discovery we made late in the summer was a little gem called Blooming Green. Situated near Maidstone, Blooming Green is a ‘green’ florists located on a fruit farm that hosts ‘pick your own’ events. For £15 you are given a jug and a pair of secateurs and then you have free reign of the fields abloom with all types of flowers for you to select. So long as they fit in the jug, they are yours! It was a lovely afternoon watching my daughter race from row to row excitedly pointing at what blooms she wanted to pick. To be fair, if we went again (and I would hope to) we would try and go on a day near a special occasion so that we could gift some of the flowers as we had sooo many they literally overran our house (I am aware there are much worse problems to have, ha!).

Now, we all know what Bluewater is famous for, right? But, what I was completely unaware of (until an account I follow called @mummuddlingthrough pointed out) was that there is a whole little nature park at Bluewater. Who knew?! So one sunny afternoon after we’d shopped, we checked it out. It’s only a short walk around the pond but there are fountains, play areas and little fairy villages that make it a nice little find for the kiddies when the moaning (about shopping) gets too much!

So, there we have it. A brief little trip around some of the places we have discovered in Kent in the past. What delightful little places have you uncovered? Let us know as any tips for new places to visit are always gratefully received!

**Please follow Government advice on Covid 19 and research any current Covid 19 restrictions before venturing out as this was written in 2018 in pre-Covid times. Oh the good old days!!**

The Sound of Motherhood 🙂

One thought on “Days out in Kent”