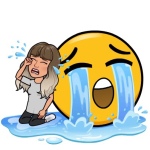 Yesterday was a shit show. A clash of titans in the form of a stroppy ten year old girl-child and her end-of-tethered’ mother. One of those days, as a parent, when you just don’t know your left from your right but, damn it, you’re the adult and you need to bloody well bring it. Despite wanting to run for the hills, you remain rooted as there’s no way around it: you’re at the helm of this gig and there ain’t no ‘adultier adult’ about to step in and solve it. You’re it….bollocks.

It all started a couple of days prior – no, scrap that – this has been building for some time. The straw that broke the camel’s back started a couple days prior. I don’t know about you, but my experience of raising a small human is that it’s mostly fairly banal: if you feed and water them from the fountain of Routine they typically go from A to B to C, right through the development stages and beyond. It’s a pretty basic formula that parents all over the world mostly follow with degrees of success. And my kid is pretty well behaved, as a rule, which means we plod through most things having a pleasant enough time of it.

However, we’re all subject to the weather, which means that sometimes we get to bask in the happy sunshine for weeks on end and other times it’s all April showers…or bleak Januaryness. As parents, we talk about raising our children in terms of ‘phases’. We’ve all been there: the terrible twos, for example. And we all know the score in the build up to a ‘moment’ – you know – when you recognise that you’re ‘in one’, and enough is enough. Essentially then, yesterday, for us, was Typhoon season. The peak storm. And all I can say is: thank God, it’s over, even it the phase itself may not necessarily be!

Essentially the ‘phase formula’ is pretty much the same, it’s just the landscape that changes over the years. When Moo was one years old, one such phase was her over-inclination to give someone a slap round the face if they got too close (never not awkward). When she was two she was all about: touch my toy and I’ll have ya (resulting in me needing to helicopter parent more than once for the safety of other people’s children; lol). The lovely thing about phases though is that they are generally indicative of a negative time which is a GOOD thing as it means the default setting – the ‘non phase’ – is that for the most part, parenting is enjoyable and your kid is a pretty decent little human. Something to bear in mind when you’re at logger heads over your three year old’s insistence on only wearing leggings and wellies at all times (yup, been there).

I really think phases are just a period of transition: for both the parent and the child, where we all adjust to the new terms of engagement for the next development stage. And Moo and I are definitely in one, right now. The challenge though is that life still goes on around it. A gazillion other things like work, the house, washing, food shopping, homework blah blah blah blah all demand our attention and sometimes it can take a little while to notice the absence or addition of something about your child that is generally indicative of a ‘phase’. I mean, growing up is such a ‘drip drip’ process (over almost two decades!) that it’s no wonder these things can accumulate almost without you realising and then: wham, the curve ball hits you square in the face!

In the build up to yesterday’s tsunami I had noticed the absence of things recently: she’s stopped taking up more than her fair share of the couch of an evening as she has started to spend more time in her bedroom. I’m not being asked for the millionth time to watch her as she re-enacts the Greatest Showman for me. Again. And then I’ve noticed the addition of new things: a door got slammed the other day and I swear I spotted an eye roll at one point. Her interests have also changed: she reads less at bed times (almost non-existent for the former book worm), and the desire to dance or do arts and crafts (her ‘go to’ activities since day dot) have been replaced with watching You Tube videos and trying on make-up (and being far too bloody skilled at it for my liking). Combined with this, routines have started to slip: bed times are becoming later and the rules around screen time are disappearing faster than my wages.

But this has been going on for months and all over the place there have been ‘little chats’ after little microaggressions which just leave me feeling like I’ve nagged her and nothing changes. She’s still a good kid for the most part. The sky hasn’t fallen in and so sometimes, yup, I’ve let things slide because…well, life. Thing is though, as much as the phase ‘drip drips’ the result ‘chip chips’ at your status quo. And before you know it you’re left wondering: where’s my lovely little girl gone? And that tends to be my trigger to ‘prioritise prioritise’ the parenting task. Not always easy with a million and one competing demands and only one pair of hands, but necessary when I look around me and I realise I don’t recognise our landscape anymore. That we – her and I – aren’t who we were. Essentially, I miss us.

So yesterday was the day. I cried. A lot. More out of frustration than anything. But then saying the same thing day in and day out whilst a small person looks at you like you’re on mute kinda does that to you eventually.

But yesterday, we went there. Back to basics. And she learnt what it meant. Her phone – recently gifted to her by her grandfather (it was his mobile that he never used) – has gone. It may sound harsh but it wasn’t something I had planned on her having at this age anyway and wasn’t really the result of a discussion between me and the rentals in the first place; it just sort of happened. And it’s the right decision because she just cannot handle it. She’s not ready. I knew that when she downloaded Wattsapp and the very next day I had to demand she removes the profile shot she’d put up. In which she looked about 14. The modern day parenting task of navigating the internet with your child really is scary as hell. We buck heads over it a lot as I wont let her download certain apps to her I pod. It really is a parenting minefield.

You would have thought I had told her I was selling her on eBay, the reaction I got to the phone being confiscated (until at least September when she goes up a school year). And every instinct – when seeing her cry and tell me ALL her friends have phones – told me I was probably being too harsh and would regret it myself (‘cos let’s be honest, parents, those electronic babysitters are a parent’s god send, at times, right?!) but deep down I knew it was one of those ‘cruel to be kind’ moments. You Tube is also being drastically limited and the make up trials are gone (unless she has a friend round; don’t say I never give her anything lol).

And after a short while she accepted all of it. No fight. No argument. Now, I’m not naïve enough to think that she wont be pushing those boundaries any time soon but that’s the point, really. I’d let the boundaries become loose and she’d pushed her way through them which then meant she was pushing for more. Although outwardly she looked like she was pushing for more freedom, I guess what she was actually pushing for was to feel the tension of the boundaries that she is so used to feeling, and which make her feel secure, and when they weren’t there she, herself, started to flounder. Hence the change in her behaviour and all that. So, by reigning them in, at least I’ve now left myself somewhere to go when she starts pushing the boundaries again. And, hopefully, she feels more ‘ten’ again.

As hard as days like yesterday are, they are needed. And after the rain does come the rainbow. The last 24 hours have been enjoyable. And Moo has been present. Not lost down a rabbit hole of You Tube. We’ve watched films, we’ve cuddled, we’ve jointly sorted out her room to get rid of the ‘babyish’ stuff and to pack away the make up lol. She’s even sat down and done some extra studying and she’s picked up…..ahhhh what are they called again….those wooden things?!…ah, yes, a book (hehe). Also, the straight hair that she’s been sporting recently which just added to the whole diva persona has gone and her baby curls are back. And above all, we’ve giggled. A lot. Earlier on, she even turned to me and said: “I don’t even want my phone back, Mum”. Now, it could be she’s playing me for all I’m bloody worth but, I don’t know, I think she was being frank. Heck, I’m not holding my breath that somehow my child has ‘seen the light’ but I’ll take this small victory and, at a minimum, we’ve got enough grace to live to at least fight another day!

And tonight I will rest easy. With no tears.

Until the next battle 🙂 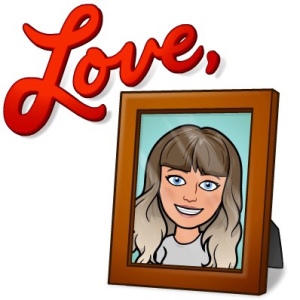 View all posts by Keri Lee